In development at Turbo Panda Productions in Burbank, CA 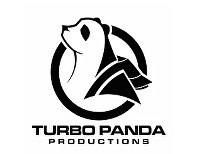 As best-selling novelist, Jack Masden struggles with severe writer’s block his father Norman, afflicted with early stage dementia, breaks his hip and Jack commits to moving into his home to care for his dad who years earlier disowned Jack for betraying the family tradition of serving in the military.

Jack Mazden’s career as a best-selling novelist has skidded to a stop when his latest novel bombs. His father, Norman, who suffers from early stage dementia breaks his hip and requires 24-hour home care. Jack commits to the arduous task but must battle with his dad who years earlier disowned him for breaking with their family tradition of military service.

As Jack is encouraged by his manager and best friend, Eric and Lola, Eric’s sister and Jack’s longtime friend, he must navigate around his sister, Regina, whose own past trauma leads her to be in denial of her dad’s dementia and conspires with Norman to get Jack out of the house even though he has essentially become Norman’s lifeline.

When Regina allows Norman to drive his car and he has an accident, the state steps in to determine if Norman should be remanded to a nursing home. Regina finally accepts Norman’s mental state and joins with Jack along with Eric and Lola to game the state’s evaluation process using an elaborate ruse to keep Norman in his own home.

“Norman” is the story of a family splintered by dementia and then revived through the process of caregiving where the family history reveals itself and healing begins. 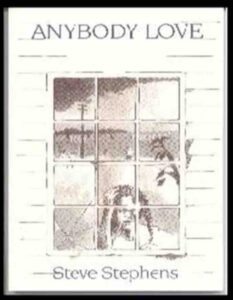 Based on the book by Steve Stevens

In 1945 on a small farm in Louisiana, Emma Bobbi (“Anybody”) Love, a 14-year old black girl, becomes pregnant after being raped by a local white boy.  The story, based on try events, is told through the eyes of Billy Austin, a white 13-year old whose grand parents own the farm where Anybody’s sharecropper grandparents lived.  Billy’s grandmother, Miss Molly, rallies the family to seek justice in this crime that the rest of the town insists on ignoring. The townspeople’s unrelenting resistance of Miss Molly’s crusade pushes her family unity to its limits and threatens to deepen the schism between black and white in this deeply segregated community.

This is a story about two sex radio talk show hosts, Dr. Sam Phillips and Rebecca Baker.  The only thing they have in common is they are radio personalities and are very attractive.  Otherwise, they are polar opposites.

​Sam is a romantic who believes true love will intensify the raw energy and excitement of sex.

​When Sam and Rebecca are thrust together to cohost a graphic and frank TV show about sexual relationships, sparks begin to fly as they dispense conflicting advice.

​They have an instant dislike for one another and merely try to maintain a professional relationship.  But deep down they are both very much attracted to each other.  The question is, who will change to make this unlikely union successful. 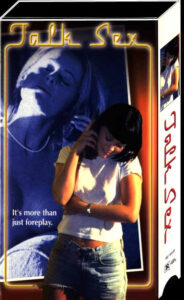 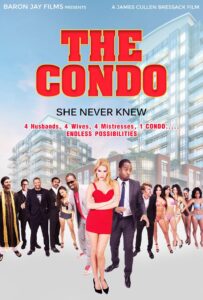 LOS ANGELES (November 1, 2017) —  Gravitas Ventures has acquired the rights to urban comedy The Condo,  slated for an early December VOD release and a DVD release in Q1 2018. The film was produced by Baron Jay and Michael Joseph for Baron Jay Film Group, and is directed by the horror genre veteran James Cullen Bressack (Bethany). The script penned by Bill Dumas & Bill Morroni tells the story of four married friends who buy a condo to share as a bachelor pad —  a place to bring their mistresses — until the wives and girlfriends bust their cheating spouses.

“Working with Gravitas felt like a no brainer, they have pretty much cornered the VOD market.” – Baron Jay Film Group

“Baron and Michael have assembled such a talented team with The Condo and we couldn’t be happier to facilitate their release to millions of homes,” stated Gravitas Director of Acquisitions, Josh Spector.

The deal was negotiated by Josh Spector on behalf of Gravitas Ventures and Baron Jay Film Group on behalf of the filmmakers.

Gravitas Ventures is a leading all rights distributor of independent feature films and documentaries. Founded in 2006, Gravitas connects independent filmmakers and producers with distribution opportunities across the globe. Working with talented directors and producers, Gravitas Ventures has distributed thousands of films into over a hundred million homes in North America or over one billion homes worldwide. Recent releases include Score: A Film Music Documentary, California Typewriter, Legion of Brothers, Katie Holmes’ feature directorial debut, All We Had, Colin Hanks’ All Things Must Pass, Being Evel from Academy Award  winning director Daniel Junge and producer Johnny Knoxville, and For The Love of Spock from Director Adam Nimoy.